The Modes in Music

This is our introduction to the modes and modal improvisation for the guitar. Using modal scales is closely associated with jazz, but is really applicable to any style of music.

When the great jazz composers sought to go beyond the II-V-I progression, they went modal (not to be confused with going postal!) with Miles Davis’ Kind of Blue (1959) as the benchmark record. So, it is about time we figure out what this modal business really is about. In Western music we’re accustomed to thinking in parallel keys (like C major and A minor), but what Davis and his peers did was to reawaken the practice of Early Music  (up until The Baroque area), which focused equally on all the seven modes, not just Ionian (Major) and Aeolian (minor.)

The scales derived from the modes

The seven modes are organized from each step of the scale, thus the modes that have no sharps and no flats are: C Ionian/Major, D Dorian, E Phrygian,  F Lydian, G Mixolydian, A Aeolian/Minor and B Locrian.

Example 1 shows the modes and how they relate to regular minor and major. We can observe that the F Lydian could be seen as a C Major scale played from f to f (the tonal center, the root) etc. But, to fully realize the function of the scales we will divide them into major and minor scales.  how the F Lydian differs from the F Major scale as it includes the #4 interval, and how the b7 interval of the G Mixolydian scale separates it from the G major scale. Moving on to minor scales, we have E Phrygian, which includes the flat 2nd compared to E minor, Dorian which includes the major 6th interval compared to minor’s min 6th and Locrian which contains the flat 2nd as well as the diminished 5th compared to regular minor. 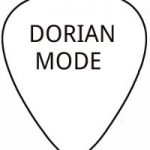 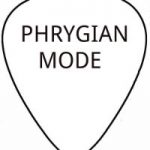 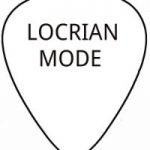 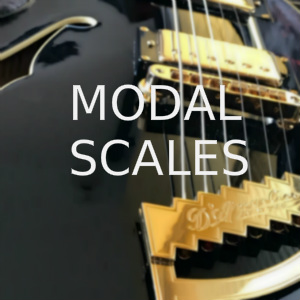 Article Name
Modal Scales for guitar
Description
This is our introduction to the modes and modal improvisation for the guitar. Use modal scales to enhance your guitar soloing and improvisation tool kit.
Author
Bo Vibe
Publisher Name
BoVibe Music